Everyone has moments of forgetfulness from time to time, especially when life gets busy. While this will be a totally normal occurrence, having a poor memory are often frustrating. There are techniques to improve memory similar way you train your muscles, it just takes time and persistence. There are people that can just remember a pack of cards by seeing it once. A young boy, NISCHAL NARAYAN, from India, has placed his name in Guinness record for his memory capacity. He is being regarded as one of the 7 brilliant minds in the world. At the age of 12, he could remember 250 digits. So how is it possible?

IT requires practice and techniques to improve memory. First of all its not a God gift. So what they are doing is that they attempt to imagie the things they need to recollect. You must have read about Sherlock Holmes and his mind temple, where he stores all the important information. It’s easy to remember things if u could imagine it. Images help to recall things easily.

For example, if you have to remember 5 stuff let that be a pen, book bread, laptop, bed. You just have to imagine that you are actually seeing this stuff. So imagine that you have to study so you took out PEN and BOOK and then you felt hungry so ate bread and after that took out your laptop to play games and finally went to bed to sleep.

So now you can remember all the 5 items. Initially, you may find it difficult to imagine stuff but once you do I guarantee you won’t forget. You can always think about your home to imagine as you are quite familiar with it. So that’s what every memory master does. They do precisely the same thing but fast which needs practice. Our mind is structured in such a way that it can memorize images more easily than that of text. Because of this, we remember faces but it takes efforts to recall that person’s name.

Most people have occasional lapses in memory, such as forgetting a new acquaintance’s name or misplacing the car keys.

Many factors play a task in amnesia, including genetics, age, and medical conditions that affect the brain. There are also some manageable risk factors for memory loss, such as diet and lifestyle.

While not all amnesia is preventable, people could also be ready to take measures to guard the brain against cognitive decline as they age.

In this article, we study eight techniques to enhance memory.

In a similar way to muscles, the brain needs regular use to stay healthy. Mental workouts are even as essential to the grey matter as other factors, and challenging the mind can help it grow and expand, which can improve memory.

One study says that “there is small evidence that playing brain games improves underlying broad cognitive abilities, or that it enables one to raised navigate a posh realm of lifestyle .”

Physical exercise has a direct impact on brain health. As per Harvard Health publishing, 120 minutes of moderate intensity exercise a week. Standard recommendations advise half an hour of moderate physical activity most days of the week, or 150 minutes every week . Exercising everyday is directly associated to memory improvement.

Aerobic exercise increases a person’s heart rate and can include any of these activities:

The researchers observed the brains of people who regularly practiced meditation and those who did not.

Their results indicated that creating a habit of meditating may cause future changes within the brain, including increasing brain plasticity, which helps keep it healthy.

Sleep is vital for overall brain health. Disrupting the body’s natural sleep cycle can cause cognitive impairments, as this interrupts the processes the brain uses to make memories.

Getting a full night’s rest, typically about 7–9 hours a night for an adult, helps the brain create and store long term memories.

Sugary foods can taste delicious and feel rewarding at first, but they may play a role in memory loss. According to Harvard medical school blog article, although the brain needs glucose, too much of this energy source can be a bad thing. A 2012 study in animals by researchers at the University of California at l. a. indicated a positive relationship between the consumption of fructose, another sort of sugar, and therefore the aging of cells, while a 2009 study, also using an animal model, conducted by a team of scientists at the University of Montreal and Boston College, linked excess glucose consumption to memory and cognitive deficiencies.

The researchers also found that drinking too many sugary drinks, including fruit juice, may have a connection a lower total brain volume, which is an early sign of Alzheimer’s disease.

Avoiding extra sugar may help combat this risk. While naturally sweet foods, such as fruits, are a good addition to a healthful diet, people can avoid drinks sweetened with sugar and foods with added, processed sugars.

Researchers note that prime calorie diets can impair memory and cause obesity. the consequences on memory could also be thanks to how high-calorie diets cause inflammation especially parts of the brain.

While most research in this area has been with animals, a study from 2009 looked at whether restricting calories in humans could improve memory.

Female participants with an average age of 60.5 years reduced their calorie intake by 30%. The researchers found that they had a significant improvement in verbal memory scores and that the benefit was most significant in those who stuck to the diet best.

Caffeine from sources such as coffee or green tea may be one of the helpful techniques to improve memory. It keeps you alert and removes tiredness.

Eating dark chocolate seems like an indulgence, but it’s going to also improve a person’s memory. The results of a 2011 study suggest that cocoa flavonoids, which are the active compounds in chocolate, help boost brain function.

People who ate dark chocolate performed better on spatial memory tests than those that didn’t . The researchers noted that cocoa flavonoids improved the blood flow to the brain.

With that said, it’s important to not add more sugar to the diet, then people should aim for a minimum of 72% cacao content in dark chocolate and avoid chocolate with added sugar.

Some people may be more prone to memory impairment than others due to a range of risk factors.

There are risk factors a person has no control over, such as genetics. Some people could also be more predisposed to conditions, like Alzheimer’s, which greatly affect the brain and memory.

Eating a rounded, healthy diet and exercising regularly may contribute to keeping the mind sharp and reduce amnesia.

Many techniques to improving memory can be beneficial for a person’s overall health and well-being. For example, practicing mindfulness meditation may not only make a person less forgetful but can also reduce stress.

Even adding one or two memory boosting practices to a person’s daily routine may help them keep their brain healthy and protect it from memory loss.

Prev post The routine is the enemy of time
References How to overcome fear? Do you really know? 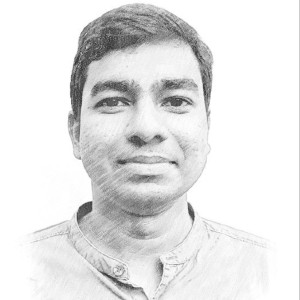 The routine is the enemy of time